Indy is known for having a motivated and welcoming volunteer base and you’re invited to become part of this tradition.

From the 1987 Pan Am Games to Super Bowl XLVI, the citizens of Indianapolis have always been eager to raise their hands and get involved when the city hosts major sporting events. The College Football Playoff National Championship represents an opportunity for the next generation of volunteers to get involved and make their mark by delivering “Super Service” to our guests. Join the thousands who have moved from the sideline and into the action to impact the guest experience in our city. 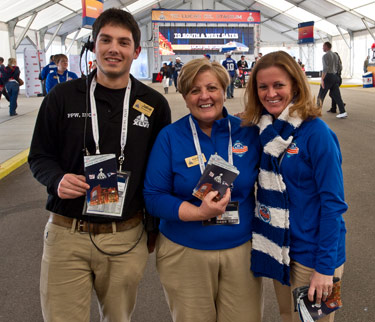