A multi-purpose venue in the heart of the action.

Officially open to the public in August of 2008, Lucas Oil Stadium has been named Top NFL Stadium & Best Stadium Experience by Stadium Journey Magazine on multiple occasions over its lifespan. Home to Super Bowl XLVI, Lucas Oil Stadium seats approximately 67,000 fans for football games yet welcomed a record attendance of 143,387 for the two-session Final Four games in 2015. The stadium covers nearly 1.8 million square feet and the exterior façade is comprised of 980,000 bricks. The roof is the first of its kind (and one of the stadium’s most talked about features) with two retractable roof panels that can be opened in approximately 11 minutes. 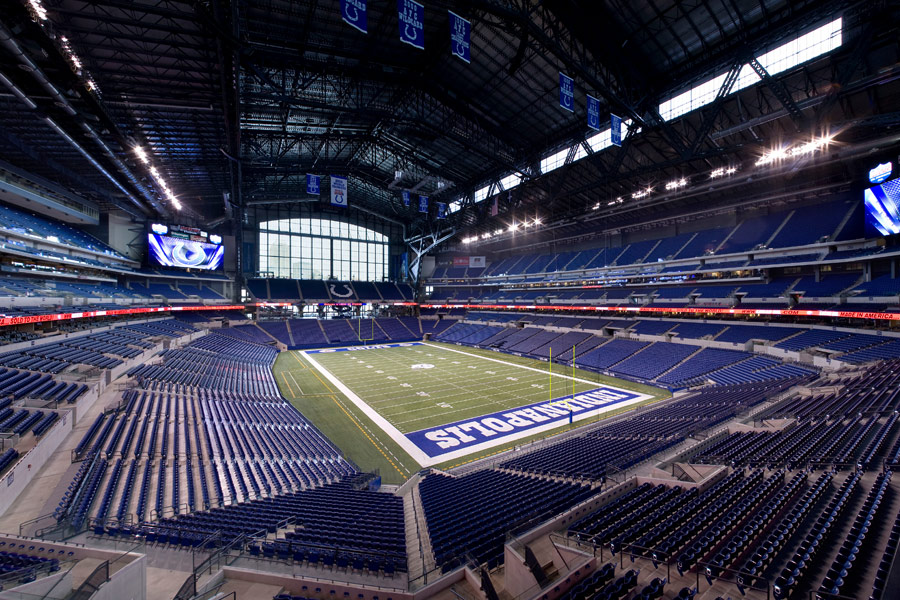 In some cities, the stadium and the city are two separate experiences – but in Indy, they’re one and the same. The Indy CFP logo design confirms what sports fans already know about The Circle City. In Indy, Lucas Oil Stadium is the heart of a vibrant urban destination with restaurants, pubs and fan experiences that make sporting events in the city unforgettable. The subtle arrow formed by the horizon line captures a sense of movement and progress. Indy continues to position itself as an elite sports destination by investing in infrastructure and people to stay on top of the game. At the heart of the CFP experience is Lucas Oil Stadium and the dramatic positioning of the stadium artwork invokes the grandeur of what has been called the “Best Stadium of the Year” numerous times by Stadium Journey Magazine.