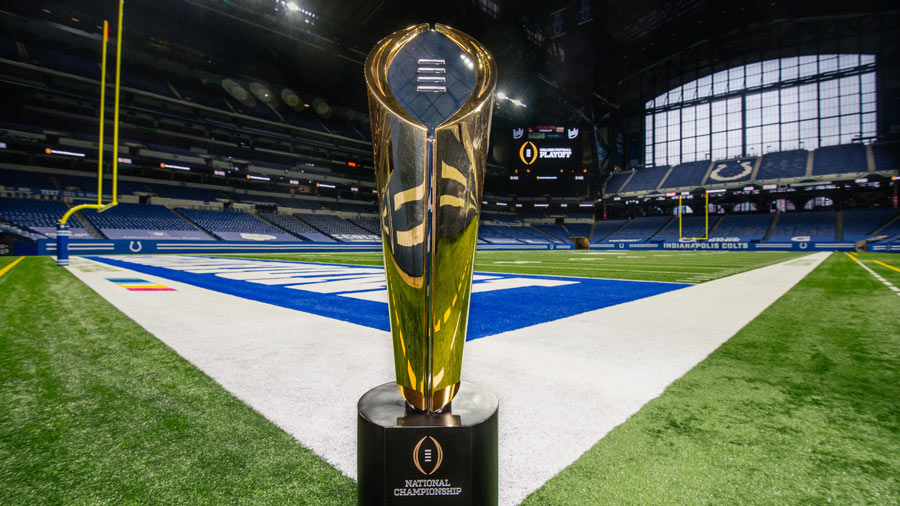 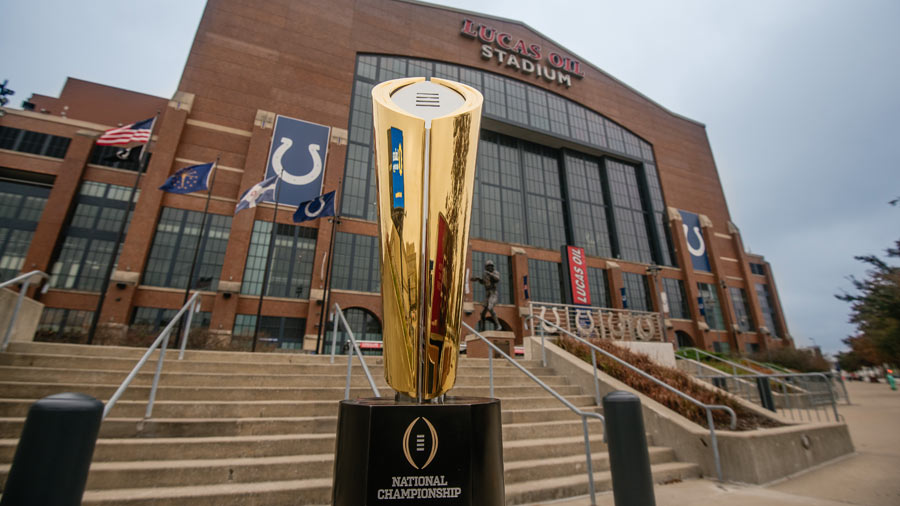 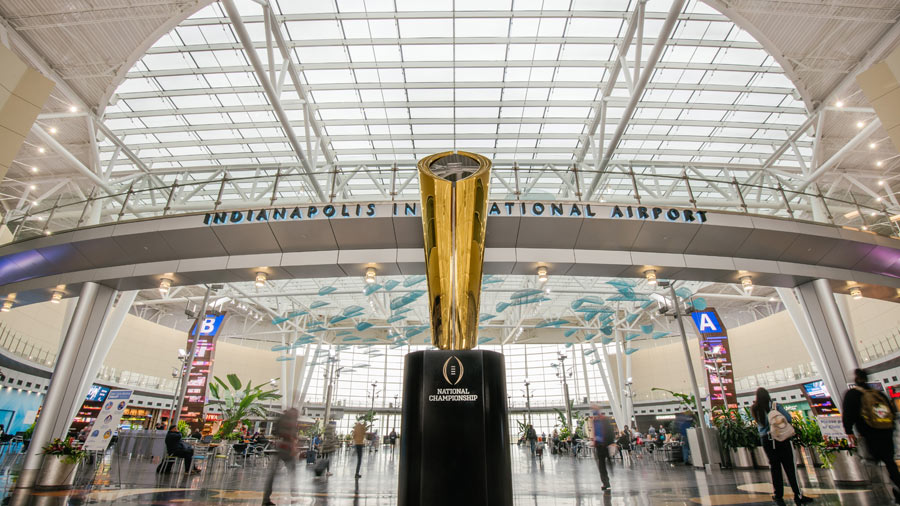 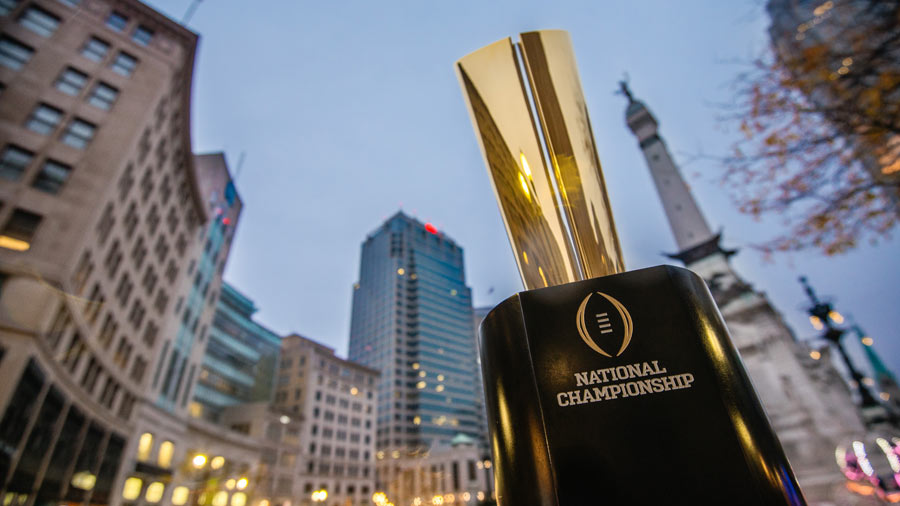 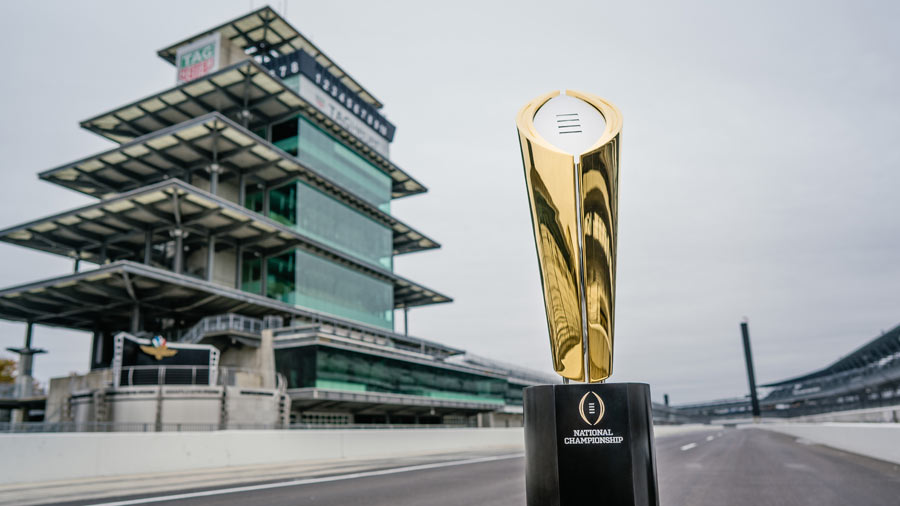 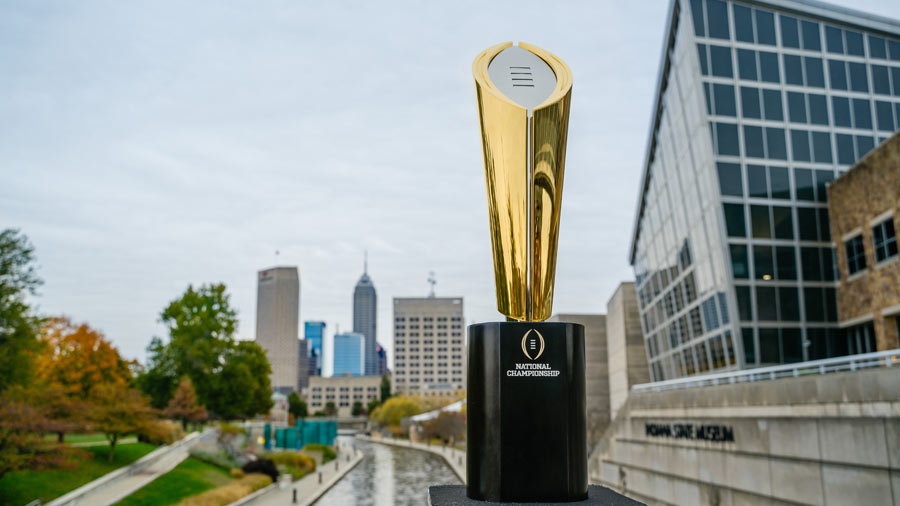 INDIANAPOLIS, IN (January 12, 2021) – Members of the College Football Playoff (CFP) and the Miami Host Committees joined the College Football Playoff National Championship Indianapolis Host Committee for a virtual “hand off” event, marking one year out from Indy’s CFP National Championship. The 2021 national championship game was in Miami Monday, January 11. The 2022 game will be at Lucas Oil Stadium in Indianapolis Monday, January 10.

With Indy now on the clock, the host committee launches its website, adds additional legacy initiatives and makes plans for ancillary citywide events.

“We look forward to working closely with the great people of Indianapolis in the coming year,” said College Football Playoff Executive Director Bill Hancock. “The city and its leaders have a proven track record of hosting some of the most outstanding sporting events in the country. Add to that the passion and enthusiasm that always shines through from their local volunteers, and we know college football fans are in for a special experience at the 2022 national championship.”

The Indy Host Committee estimates over $150 million in economic impact will pour into Central Indiana, as well as 1,000 credentialed media and over 100,000 fans participating in downtown events. The committee plans to recruit between 1,500 to 2,000 volunteers to support the event, which will include a four-day football celebration with an active championship campus in the heart of downtown, free concerts, a fan fest, and a media day free to the public.

“Indianapolis is renowned for our sports legacy and our reputation as a top host city,” said Indianapolis Mayor Joe Hogsett. “We look forward to holding the biggest event in college football, safely welcoming over 100,000 fans, stimulating our local economy, and once again showcasing our world-class city on the national stage.”

In support of the CFP Foundation and its mission to uplift teachers grades K-12, the Indianapolis Host Committee has already committed to invest $1 million in legacy programs in partnership with The Mind Trust. These programs are the Indiana eLearning Lab and Teach Indy.

The Indiana eLearning Lab is a dynamic, virtual hub for educators across the state to access teaching content, share best practices for eLearning, find community and grow professionally. Teach Indy is a partnership between Indianapolis Public Schools, The Mind Trust and Indianapolis Mayor’s Office of Education Innovation created to support the recruitment, development, recognition, and retention of great teachers for Indianapolis Schools.

Today, we announce a third initiative in the funding of Extra Yard Makeovers at four Indy area schools:

The schools selected for media center makeovers in Indianapolis were identified based upon two criteria: the percentage of students from low-income households served in each school and the verified need for a media center makeover within the building. The makeovers will provide resources to schools to transform school spaces with enhanced technology and creative design to meet the demands of 21st century teaching and learning.

"We are excited about our ongoing work with the Indianapolis Host Committee and our friends at the Mind Trust," said College Football Playoff Foundation Executive Director Britton Banowsky. "The work around the eLearning Lab is state of the art and addresses the evolving needs of educators and compliments our other efforts to ensure great teachers are recruited and retained in the community. What a wonderful collaboration to support this highly impactful work."

The College Football Playoff matches the No. 1 ranked team vs. No. 4, and No. 2 vs. No. 3 in semifinal games that rotate annually among six bowl games – the Goodyear Cotton Bowl, PlayStation Fiesta Bowl, Chick-fil-A Peach Bowl, Capital One Orange Bowl, Allstate Sugar Bowl and Rose Bowl Game. This season's Playoff Semifinals will take place Friday, December 31, 2021, at the Goodyear Cotton Bowl and the Capital One Orange Bowl. The College Football Playoff National Championship will be Monday, January 10, 2022, at Lucas Oil Stadium in Indianapolis, Indiana.